A couple of days back DLF Promenade hosted a very interesting and one of it’s kind blogger’s meet. It was more of a *Styling Competition* where prominent fashion bloggers of Delhi were invited over. 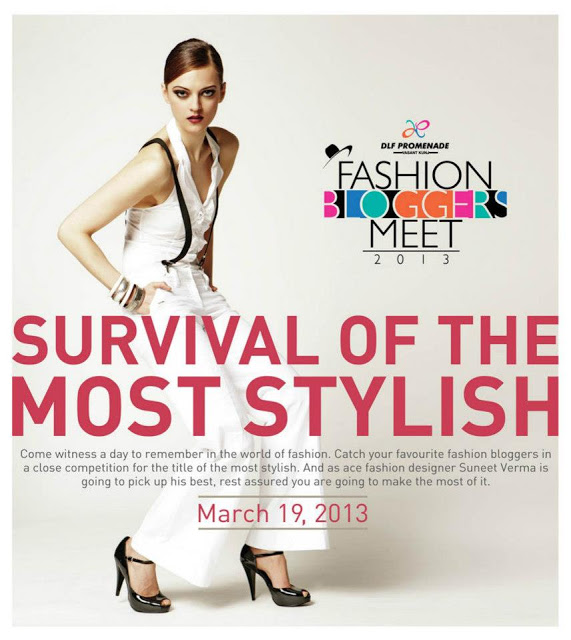 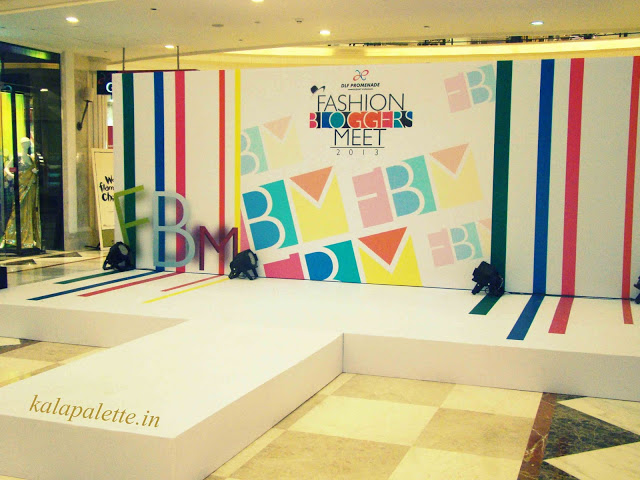 The Task :
Style your *model friend* (In my case I took my sister along) based on one of the 7 themes provided by them. The sourcing could be done from any store of DLF Promenade.
Keeping the entire experience professional, the sourcing was followed by hair and makeup from trained artists, a ramp walk followed by Q&A with Designer Suneet Verma. 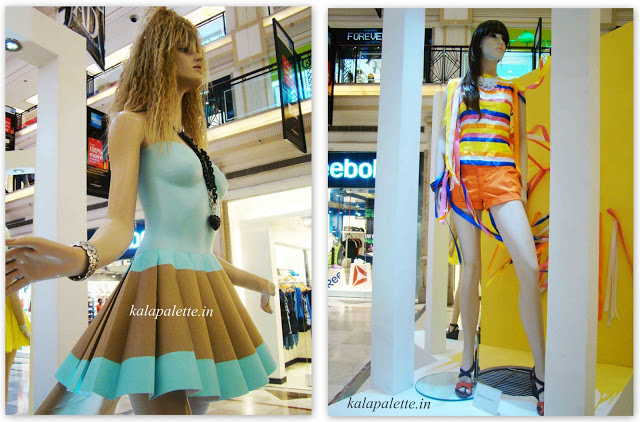 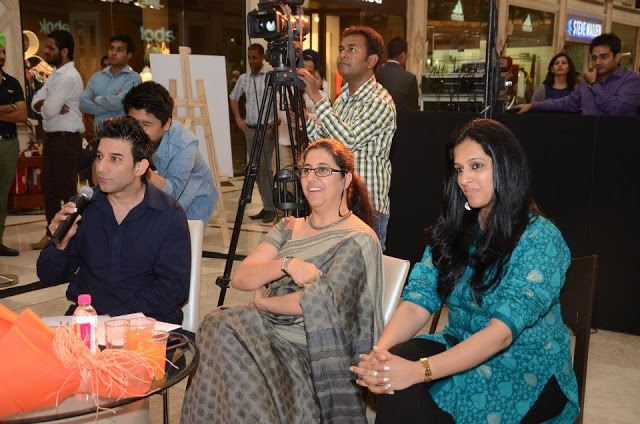 My Style :
Being an ardent fan of Mademoiselle Gabrielle Coco Chanel and her works of life, I had to give her a tribute irrespective of the outcome. Keeping the *Formal Wear* theme in mind, I studied the great works of Coco Chanel, took account and united history in the form of a look. 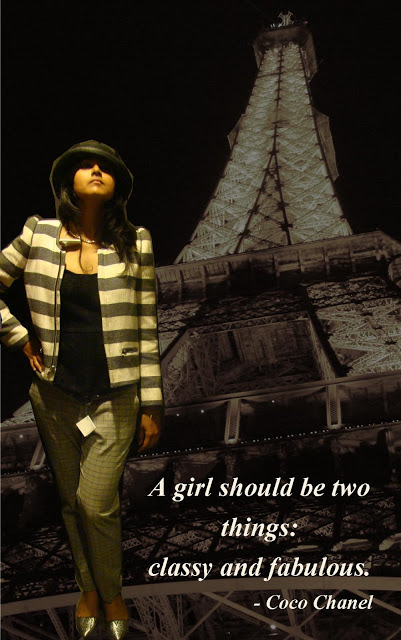 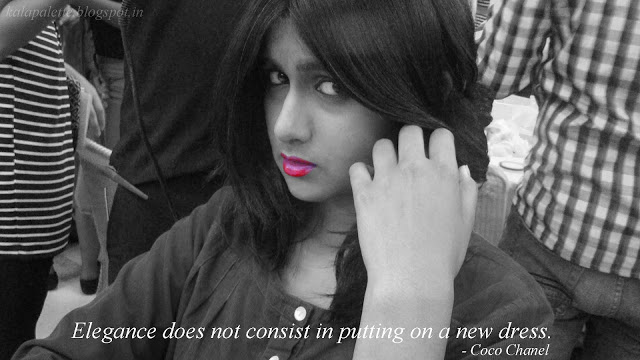 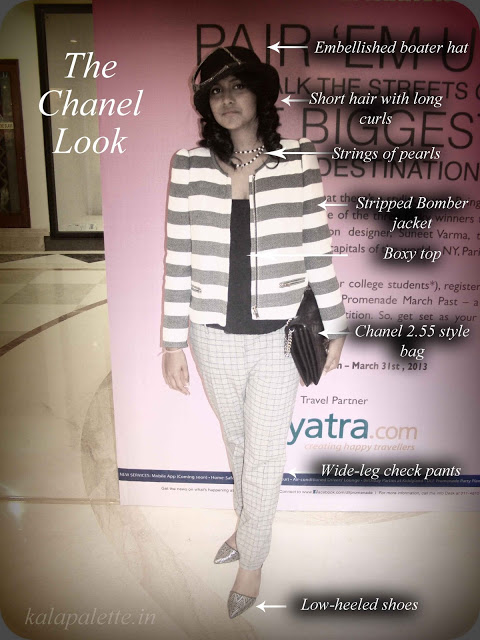 The entire outfit was sourced from Zara India
The Chanel Look

The Boater hat:
Coco Chanel came into being with her “Flat Boater Hats” in the early 1920’s. To add her personal glamour touch to these hats, she introduced the embellished versions of the same.

Military/Modern hairstyle:
At times when fascinators and long locks were adorned by women, Coco Chanel brought a change about how a woman should comfortably dress, look and feel! Celebrating a modern diva, she herself carried short haircut with long curls to keep the look avant-garde yet sophisticated.

Strings of Pearls:
One of the remarkable creations of Coco Chanel was the “Costume Jewellery”. She partnered with Duke Fulco di Verdura to launch a House of Chanel jewelry line. Her signature style consisted of strings of Pearls wedded to motifs and precious stones.

Stripped Bomber Jacket:
Collarless cardigan jackets, which are popularly known as “Bomber Jackets” are still a big hit on the runways. The jackets not only define femininity, but also provide a touch of elegance and edgy-ness to the overall look.
Boxy Top:
Offended by the uncomfortable way of dressing up by women back in the 1916’s, Coco Chanel sweared on introducing women’s garments which were comfortable yet stylish to wear. This collection included corset less tops which are popularly known as “Boxy Tops”.

Chanel 2.55 bag:
In the 1920s, Coco Chanel became tired of having to carry her handbags in her arms and decided to design a handbag that freed up her hands. Inspired by the straps found on soldiers’ bags she added thin straps and introduced the resulting design to the market in 1929. After her successful comeback to the fashion industry in 1954, Chanel decided to update her handbag, for the modern woman. The resulting design was called 2.55 after the date of creation, February 1955.

Wide leg check pants:
Keeping up her promise of inventing comfortable clothing for women, she not only designed, but wore it herself, the wide-leg pants. Not only these pants gave a whole new level of comfort for women, but it was welcomed extensively by the women who loved playing games like polo.

Low-heeled shoes:
Achieving great success with her comfortable clothing line *and* costume jewellery being a hit, she advanced her creativity from bags to shoes. Continuing her aggressive approach of comfortable wear for women, she promoted low-heeled shoes. These shoes were not only achieved the same silhouette as high-heels do, but they could and still can be worn on a daily basis with elan!
No matter you win or lose a battle, never ever lose up on the inspirations around you.
Keep soaking up and keep brewing up! 😉 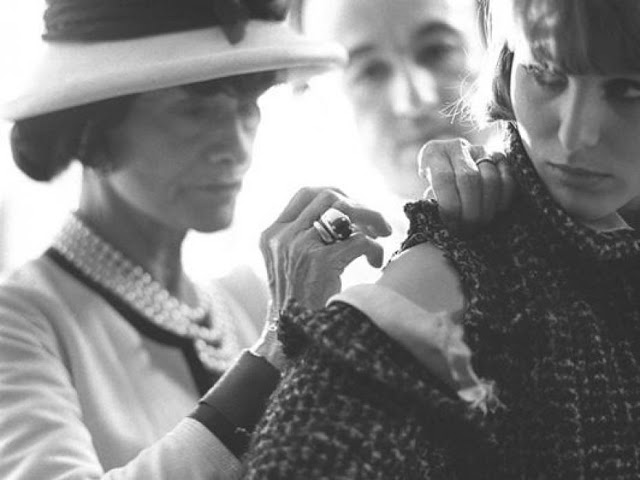 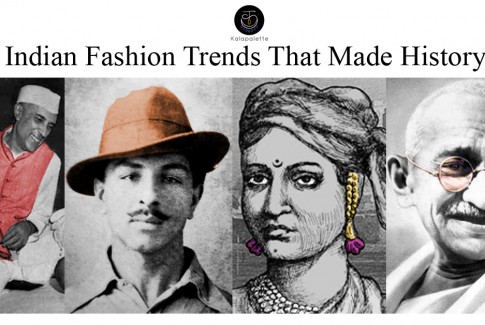 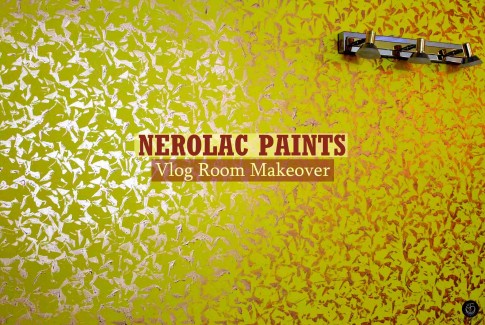 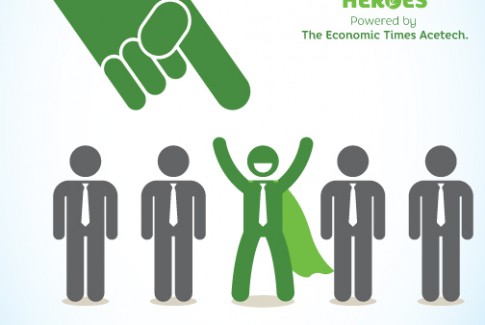 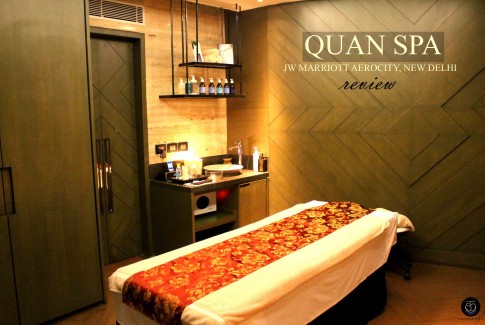 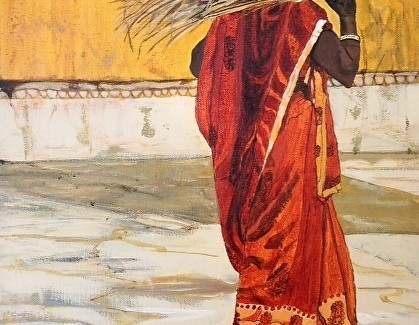